This post is a part of my thinking around the concepts I wrote about in my latest book, “The Decoded Company: Know Your Talent Better Than You Know Your Customers.”  You can see some of my other thoughts about big data, organizational culture and talent management here.

I came across this very funny TED talk about a woman who used analytics to find her ideal partner. As I watched, I realized she was basically using the Decoded Model to find a man- which is awesome. The personal application of the Decoded model was an ongoing discussion between the authors as we wrote the book. I kept joking that I wanted to write a follow up applying the same model to our personal lives, and now, watching Amy’s story I think the idea has some real merit!

I decided to treat this as a case study and analyzed Amy’s behaviour based on the model’s three principles.

According to the data she collected, Amy Webb realized that her strategy of dating through serendipity was ineffective. She lives in Philadelphia, and started by crunching some numbers. Out of a population of 1.5 million people, if half the population was male, then based on her dating criteria (age range, religious background, hobbies) combined with the probability of reciprocal chemistry, there were only 35 men in the whole city that would be a good match for her.

Amy didn’t like those odds and formulated a new plan: online dating. I am going to summarize her approach within the context of the Decoded Model.

Amy liked online dating because these sites use algorithms to determine compatibility. At first, this approach failed because her suggested matches were all terrible, including one gem of a prince who ditched her at an expensive restaurant with a $1300 bill. Ouch.

The problem was the algorithm  relied on data points that were superficial and self-reported. As you know, the decoded model recommends a mix of both self-reported and ambient data so that you’re not completely skewed by your own biases.

She tried a new approach: to treat the dating sites as databases to collect the necessary information to reverse engineer her own perfect match.

Data as a Sixth Sense is about collecting all the data possible so that you can gain valuable insights. By pairing instincts with analytics, we can gain a perspective that’s grounded in data but tempered by experience. It also helps you see things that  you might otherwise miss.  Amy embraced this principle fully by first going on a fact finding mission. She wanted to be very clear about what she was looking for.

Technology as a Coach: Learning to write a better profile 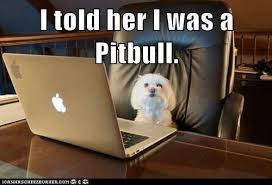 Technology as a Coach is about using technology to show you how to improve your performance. Once Amy had implemented her system she found several matches, but there was a snag: the men she was picking didn’t like her back. So she used technology as a coach and created a system to improve her own performance on the dating site.

Amy used this information to learn about what would work and what wouldn’t and she created what she called  a “super profile” that applied all of these best practices.

Engineered Ecosystems is about using data to create the type of culture that you want. To use quantitative feedback to seed the types of behaviour and values that you want to amplify. Amy did this through the combination of the first two steps. Now, armed with a super profile, and a data scoring system that quantified the values she wanted to her future partner to possess, she was ready to engineer her own ecosystem of love.

Amy was able to use the data around her to gain better insights into her own behaviour (data as a sixth sense), she leveraged the technology to be a learning tool to help improve her performance (technology as a coach) and she quantitatively used data to identify the values and traits she wanted to amplifying, making it easy for her to select the right person (engineering ecosystems).

I really had a great time watching Amy’s story and it has fueled my interest in finding other examples of how people are applying the Decoded principles in their own lives to attain better results. You can see the video below.

If you would like to learn more about how you can apply The Decoded Model within your own organization (or your love life?), feel free to email me as I often (time permitting) take on a few clients to help implement our principles. You can contact me here.

If you’re interested in staying updated about my research, upcoming books and general cool things I find online, sign up for my monthly newsletters and get my best stuff first. Subscribe!